To get perceivable project risks tangible and appraised, an Operations Research Analysis on success/failure cause research, as well as further technical investigations on the most relevant economic key performance indicators of the planned undertaking and its CAPEX drivers is a must. Operations research, or operational research in British usage, is a discipline that deals with the application of advanced analytical methods to help make better decisions. Because of its focus on practical applications, it overlaps with industrial engineering and operations management and draws on psychology science. It often must quantify execution risks of real-world objectives and has become an area of active academic and industrial research. 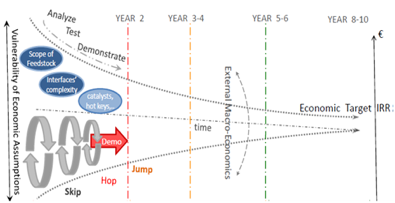